09 Aug Grand Cayman Island: Do nothing or do it all

We’ve visited Grand Cayman Island more frequently than any other Caribbean destination. From cruise ships and during weeklong stays. You can relax your entire visit on its famous Seven-Mile Beach or pursue adventure along the coast or inland.

During one of our week stays on Grand Island, we snorkeled every day, sometimes twice a day. This island inspired us to purchase our own snorkeling gear because we could access coral reefs from the several beaches. We’re not divers, but for those who are, the island offers a lot of exploration, highlighted by the Cayman Wall, which descends 3,000 feet in spots and is considered one of the top dive sites in the world.

The famous sandbar called a city

“Stingray City” gets most of the tourist buzz on Grand Cayman. It’s a big sandbar where giant stingrays hang out, compared to other attractions that offer encounters with captive rays. But a big caution – it can get crowded at the “city,” especially on cruise ship day. Very, very crowded. Enough to dampen the excitement of having a giant ray glide underneath you, close enough to touch. I still recommend this excursion, but ask about best times and days to go. 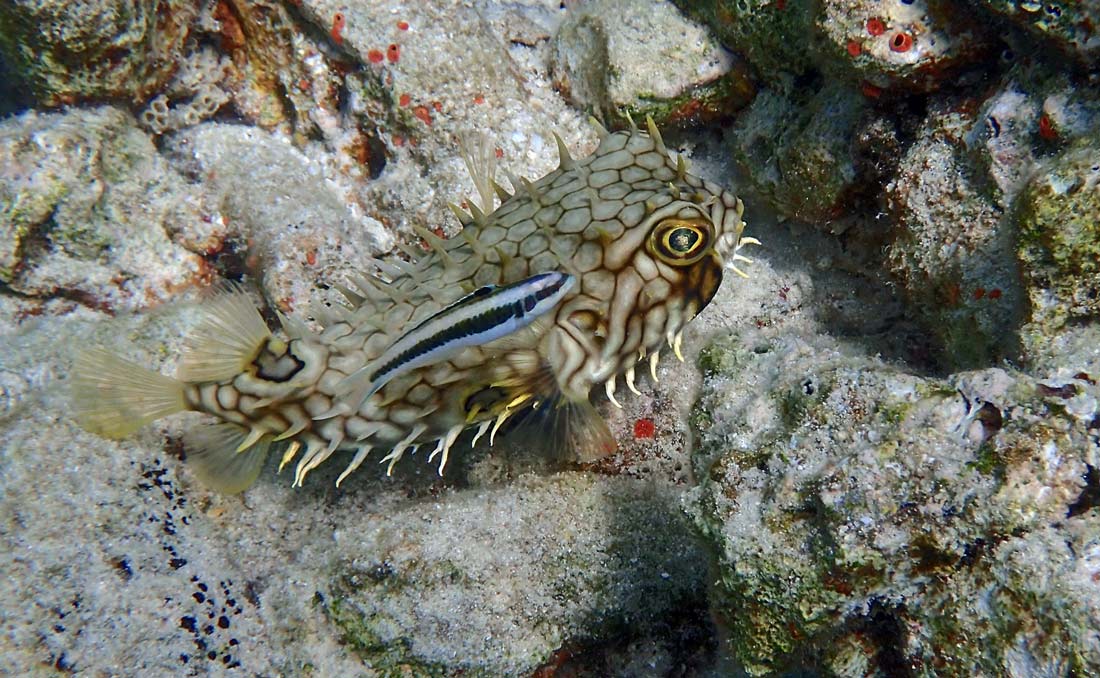 Like some other islands, Grand Cayman features submarine trips. Yes, touristy. And a little pricey. But if you’re not capable of snorkeling or diving, or uncomfortable with those methods of exploring the reefs, then I think this investment might be worth it. I took my eight-year-old on the sub and we enjoyed the unique father-daughter bonding opportunity. As a couple, my wife and I would not have indulged because we swim and snorkel. The sub rides, though, allow less active people to travel into the depths and see shipwrecks, underwater life and part of the famous Cayman Wall reef.

From Margaritaville to the shell house and Hell

My family likes Grand Cayman shopping in George Town over most other islands. Turtle stuff everywhere. And apparently there are good “bargains” on jewelry made by people named “Yurman” and “Hardy.” I loathe both of those guys. Me, I almost always find a new water toy, t-shirt or surf footwear to purchase.

That leaves me enough money to enjoy some suds and nectar at Jimmy Buffet’s Margaritaville. It’s a wild place to people watch. We joined the zaniness while waitresses poured shots into our mouths directly from the Tequila bottle. Then we played games for prizes; one involved attempting to burst balloons by mashing our hips and pelvises together. Watch for us in the new video, “Creepy Old People Gone Wild.”

We stay away from the flaming touristy stuff, such as trying to find the house made with 4,000 conch shells or the tiny town of Hell, where you can mail a postcard from Lucifer’s post office and buy souvenirs from the burning gates. In all honesty, some of these places are worth a selfie, but not at the expense of time away from beaches and reefs.

The island features plenty of other activities including the Cayman Crystal Caves, dolphin discovery, Cayman Island Brewery, local distillery and other outings. But you can find similar attractions in other places. Stick with the island treasures – all found swimming or growing in the amazing sea.