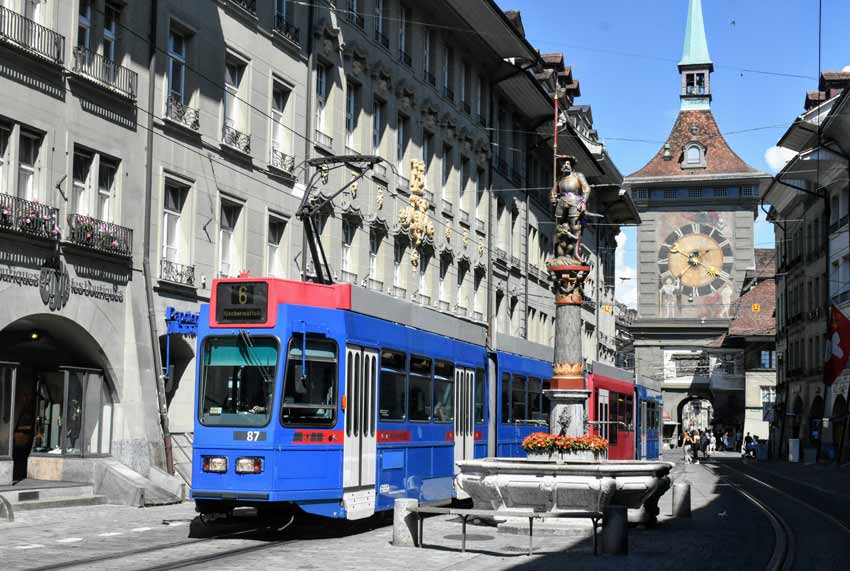 We frequently meet Americans who want to visit Europe for the first time, but are anxious about language and cultural challenges.

We have one word for them – Switzerland.

For one, the country is stunningly beautiful. We’re big on outdoor activities and Switzerland excels at hikes, bike trips and mountain excursions in summer and snow sports in winter. The towering mountains, beautiful blue lakes and farmland spread among alpine valleys will amaze you. When you need a break from outdoor adventure, Switzerland’s mountain villages and medieval old towns are certain to impress.

Second, it is easy for American’s to figure out how to eat, travel and behave in Switzerland. The Swiss are friendly, but share a bit of cultural “frankness” with their German neighbors. Don’t confuse frankness with rudeness. It’s just their culture. German is the prevalent language, with Italian and French spoken in sections of Switzerland that border those countries.

Most employed in tourism speak some English

Most folks employed in tourism speak some, if not excellent English. For those who do not speak English, communicating via hand gestures (think playing the game of charades) or simple, single words of English usually did the trick. Failing that, there was usually someone nearby who could help translate. We regret not learning key German words and phrases prior to our trip. We think it’s a show of respect (and a good brain trainer) to learn key words a traveler might need when visiting a foreign country. Even if you misspeak or use the wrong word, foreign hosts appreciate your effort. Google Translate or a similar app can get you out of a communication bind, but be sure to download the German or Swiss-German language database to your phone prior to departure because the app won’t work without internet otherwise.

Some businesses accept Euros, but the Swiss Franc is the currency of Switzerland. Credit cards are accepted most places, but you will need cash at a few businesses and for tipping. While tipping is not expected, as Americans we always left 10 percent if we had good service, much to the delight of our servers. ATMs are prevalent throughout Switzerland so you can carry minimal amount of cash. We withdrew $400 for 10 days and had money left over at the end, which we used to pay for our last meal and snacks for the trip home.

Forget driving. Instead, use the train, tram, bus or boat.

As Americans, it’s our instinct to rent a car and drive our way merrily to vacation destinations. We rented a car for our first visit to Switzerland and discovered challenges from finding a parking spot to misunderstanding an occasional road sign and ending up places a car should not be (see “Our funny misadventure in a foreign country”). We went carless our recent trip, using Switzerland’s amazing system of trains, trams, buses and boats to wander the country. Swiss public transit goes everywhere, goes often and timetables operate with Swiss precision. There are some stresses with public transportation, but fewer than self-driving in a foreign country with signage and language challenges.

Get a Swiss Travel Pass

The Swiss Travel Pass is an easy-to-use, all-in-one ticket to travel by rail, road or boat throughout Switzerland. And it includes many bonus benefits including: 50 percent discount on many mountain railways not covered, free trips on premium panoramic trains, free public transportation in 90 cities and free admission to more than 500 museums. It saved a lot of hassle not having to buy tickets every time we needed transportation. For most, you simply walked aboard and showed your pass to the conductor or attendant. Passes can be purchased for 3, 4, 8 or 15 days of travel, including flex passes if you don’t need public transportation every day, as was our case when we stayed in the Swiss Alps

Download the SBB mobile app before your trip and you’ll have access to easy route and timetable planning for all modes of public transportation. You get timetables, expected capacity rates and route planning assistance. We used this every day. The SBB mobile app requires internet, so we did our daily trip planning in the hotel and captured screen grabs of timetables for reference when we were away from internet. There were a couple of days that travel plans changed en route. Our Verizon phone plan allows data use on a flat fee daily basis as needed. This is great for occasional data/phone use. A SIM card purchased in Switzerland is usually a better value if you use your phone more frequently.

We opted for second-class train passes for the same reason we fly economy on airlines – the cost savings allow us to do extra things when we arrive at our destination, rather than getting to it. We’re used to European trains having luggage storage overhead and between the seats, but that was not always the case in Switzerland. Some trains, even coming from the busy Zurich airport, had only a small luggage rack for the entire train car. Of course it was full by the time we got there. We managed, but at times had our suitcase on our lap. Next time we may upgrade to first class for some of the busier routes to avoid the hassle. If you have a rail pass, simply purchase an upgrade to first class prior to boarding the train.

Like their German neighbors, Swiss follow the rules. Most notably for American tourists, this means obeying the “walk/don’t walk” signs. Pedestrians and motorists that we encountered are courteous. We found bicyclists to be more unpredictable. They seem to operate on their own set of rules, so just watch carefully before stepping into the street.

$8 coffee and other instances of sticker shock

While safe and easy to get around, Switzerland is expensive. It’s rated as the most expensive country in the world for Americans to visit. Don’t faint when you see $8 for coffee. And expect to pay for water, even if it’s out of the tap. We saved money by staying at properties that included breakfast, or had kitchens where we could prepare our own breakfast. On average, expect cost in Switzerland to be about 150 percent higher than in the U.S.

It’s hard to find air conditioning in Switzerland. The temperatures are mild and it’s rarely needed. Plus the Swiss are not as spoiled as their American counterparts when it comes to going into a hotel and cranking the air conditioning down somewhere in the 60s (15-20 Celsius). We found hotels in Bern and Zurich with air-conditioning to help us stay cool and to avoid the city noise common in urban areas at night. Our rooms were cooler than being outdoors, but were not “cool” by American standards. One night we doubled down, sleeping with AC on and windows open. The Swiss are smart when it comes to energy conservation! Turns out that opening the windows disables the air conditioning.

Temperatures are given in Celsius in Europe so you’ll thank us for this mental calculator. To convert Celsius to Fahrenheit, multiply the temperature by 2 and then add 30. So 20 degrees Celsius x 2 is 40 + 30 = 70. The actual formula is to multiply by 1.8 and then add 32, but that requires a calculator. This formula is close enough for dressing appropriately for the day’s activities.

Learning the local custom for finding a toilet is essential for travel to another country. “Where is the bathroom” in some countries might get you a blank stare or a return question, “What, you want to take a bath?” Who knows what other cultures think when Americans ask, “Where is the restroom?” In Switzerland, WC or water closet is the term to know. So now you know, before you go (pun intended).